Hello everyone! It's Monique today sharing a sunny Par-r-rty Me Hearty layout. As it's a grey and cold February day here in The Netherlands I decided it was high time to scrap some sunny photos to cheer me up.

I chose these photos of two of my kids playing in the sea. They were taken a while ago, when we were on vacation in California, which was one of the best vacations ever! 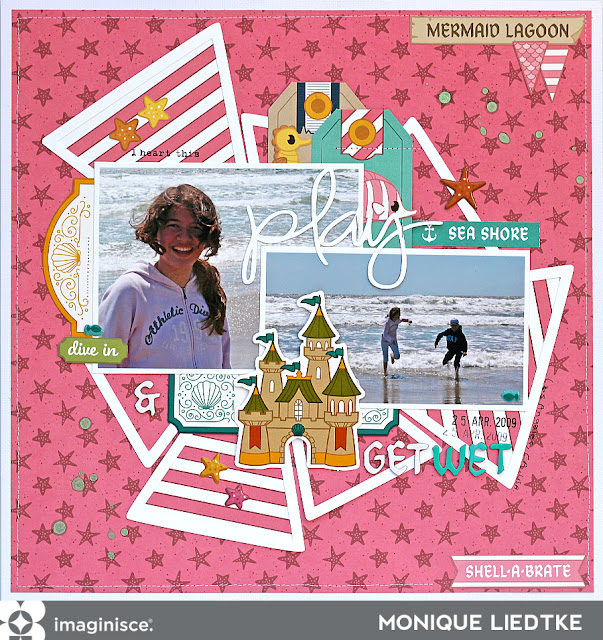 Because of my daughter's pink vest I reached automatically for the pink papers in the Par-r-rty Me Hearty collection and with the use of my Silhouette Cameo I created the background. 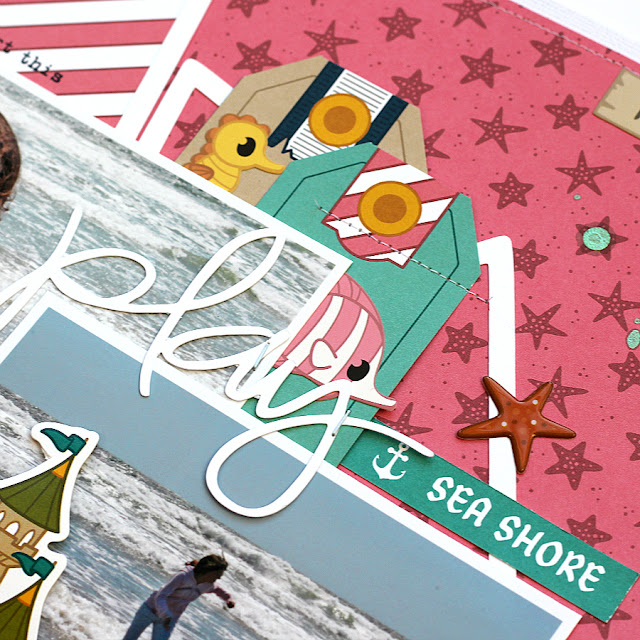 Next I adhered the two photos on top and tucked a few tags, stickers and die-cuts behind them (I always put the adhesive in the middle of my photo so I can tuck bits and pieces behind them later). Next I cut part of the title (again with the Cameo), added the large sandcastle die-cut and added the rest of the title using different colors Thickers. 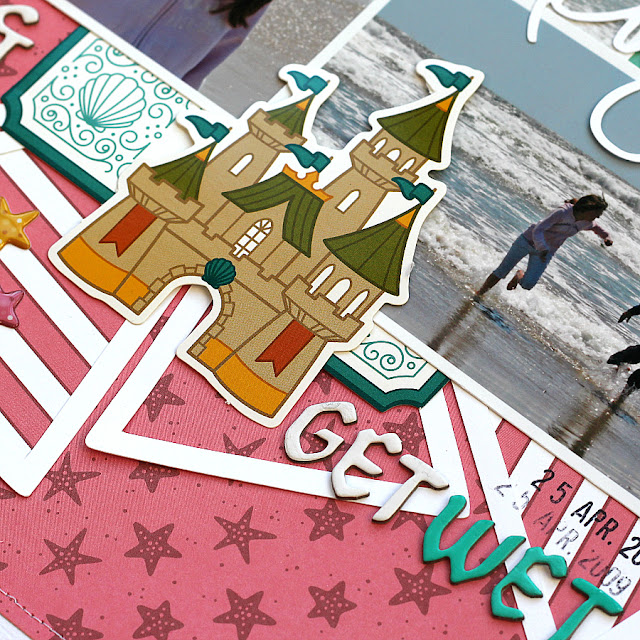 A few (puffy) stickers, stamps, drops of color shine and stitching came next and I was done! 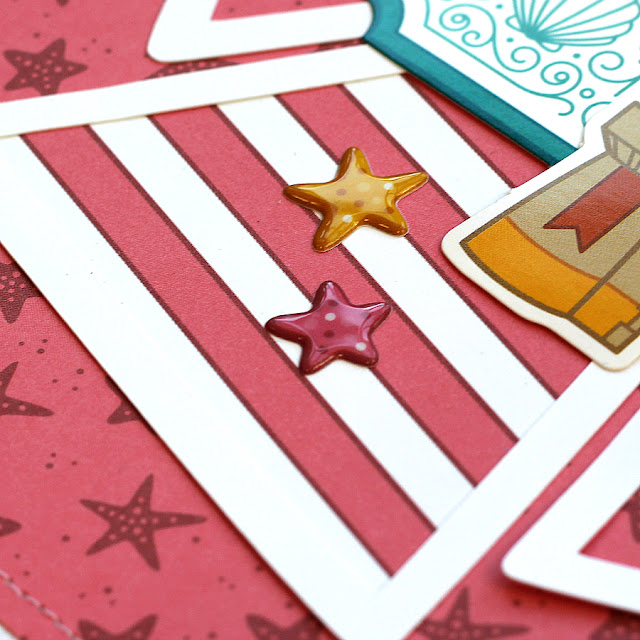 
Thank you so much for stopping by. Have a great day!
Monique

Wow this is amazing!

Such a fabulous page! Very dynamic!